The history that made us
leaders in the wine trading 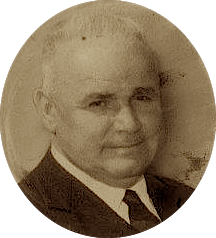 The Cominter Wine company was born in 1927, with Adelmo Menozzi, born in San Faustino di Rubiera (Reggio Emilia) on 8th October 1905. As a simple farmer who was used to treat grapes and vines, Adelmo Menozzi started a new activity as a mediator and wine merchant. In the beginning he carried out this new job, using the few things at his disposal, working for the various winegrowing cooperatives and winemakers of the surrounding areas of Correggio, Rubiera, San Martino in Rio and proposing the products of these producers to various traders in the Emilia region. Thus, from 1930 to 1940 Adelmo with a high level initiative and thanks to his deep knowledge about wine became one of the most important traders in the province of Reggio Emilia. Since 1945 he started to expand and to work nationally , getting to enjoy the trust of the most important Italian companies of the time. He then moved to Lombardy in the province of Como to Mandello del Lario, and later to Milan, the nerve center of the Italian economy and in that period the absolute pole of the national wine market.

In 1976 Adelmo since he was getting older, he decided to work alongside his nephew Marco Faggi, son of his oldest daughter Wally. At the end of 1977, Adelmo and his nephew Marco actively collaborated with the main wine producers of Salento who at that time exported large quantities of wine to France, so that Gallipoli became one of the most important wine commercial centers in Europe: from that port used to leave 6 or 7 ships per week loaded with wine (about 3/4 million hectoliters of wine per year). To better follow the business, in 1977 Adelmo and Marco got the residence in the city of Gallipoli and changed the new head office into a fruitful commercial strategic point. In 1980, Adelmo decided to retire, leaving the entire management of the business in the hands of his nephew Marco Faggi. In 1981 Marco founded the Cominter SNC of Marco Faggi & C., based in Via Roma, 98 in Valmadrera in the province of Lecco and poured into it all the experience, the sagacity, professionalism and passion that he acquired by his grandfather.

In 1983 Marco decided to increase the supply of wine extending from Puglia to Sicily, and so the Cominter further increased its commercial impact on the national and international market by exporting the products of this wonderful island. In 1986 the Cominter SNC created, in collaboration with a Sicilian partner, its own crushing and storage facility located in the Grotta Rossa district in Caltanissetta, where it produced grape juice for the most important French customers of the Foulon-Sopagly era. At the end of the 80s, the Cominter is a pioneer in the wine and grape trade between Italy and Greece.
Still in the same years, the positive experience gained in the Peloponnese, took place also in the Iberian peninsula and in 1990 the Cominter turned4 its corporate structure into the current SRL. In 1992 the first vessel that Portugal will export to Europe for 30,000 hl of red wine will be purchased by Cominter Wine SRL, with Sicily as destination. In the third millennium, Cominter Wine SRL understands well that in order to broaden its international ambitions it is necessary to spread not only throughout Europe but also in the rest of the world. In order to get that, it keeps powering up the sales offices and laboratories of Valmadrera (Lecco), arriving today to have an agile, competent and dynamic commercial organization and maintaining the best customers over the years.

Today the company is one of the main characters in the interchange of loose wine products with Greece, France, Spain and Russia. In the last decade, "new wine markets" has developed and Cominter has acquired a significant position also in those, particularly in South Africa and the Americas in Uruguay and Chile. The next managerial generation of the company has been identified in the two sons of Marco: With great stubbornness and dedication, Cominter Wine SRL will accept the new challenges dictated by the change in the markets, to become a renowned brand all over the globe.

experts in the marketing of 360 degree wine products.

ability to find the product in the main production areas and to get it wherever your company is.

we are able to provide you with the most advanced transport methods, able to meet your needs in terms of timing and quantities.